Home
Products
About Us
Factory Tour
Quality Control
Contact Us

As a distributor of hospital agent , your Blood Collection Tube Additives is very suit for my needs , i think we have establish a good business with each other , thank you !

Glucose, organic compound, molecular formula C6H12O6. It is the most widely distributed and most important monosaccharide in nature. It is a polyhydroxy aldehyde. Pure glucose is colorless crystal, sweet but not as sweet as sucrose (can not taste sweet), soluble in water, slightly soluble in ethanol, insoluble in ether. The natural glucose aqueous solution is optically responsive to the right, so it belongs to "dextrose".
Glucose plays an important role in the biological field. It is the energy source of living cells and the metabolic intermediate, the main energy-generating substance of living things. Plants produce glucose through photosynthesis. It is widely used in the field of candy manufacturing and medicine.

It is the most widely distributed monosaccharide in nature. Glucose contains five hydroxyl groups, one aldehyde group, having the properties of a polyol and an aldehyde.
It is easily decomposed by heating under alkaline conditions. It should be kept in a sealed state. It is quickly absorbed after oral administration and is used by tissues after entering the human body. After 1kg of glucose is completely oxidized by the human body, 2870KJ of energy is released. Some of this energy is converted into 30 or 32mol of ATP. The rest of the energy is released as heat to maintain body temperature. It can also be converted into glycogen or fat by liver or muscle.
(1) The aldehyde group in the molecule is reducible and can react with silver ammonia solution: CH2OH(CHOH)4CHO+2Ag(NH3)2OH-water bath heating→CH2OH(CHOH)4COONH4+2Ag↓+3NH3+H2O, oxidized Into ammonium gluconate.
(2) The aldehyde group can also be reduced to hexahexol.
(3) There are a plurality of hydroxyl groups in the molecule, which can be esterified with an acid.
(4) Glucose undergoes an oxidation reaction in the living body, releasing heat (C6H12O6 + 6O2 (oxygen) + 6H2O = = 6CO2 + 12H2O + energy).
(5) Glucose can be obtained by hydrolysis of starch under the action of enzyme or sulfuric acid.
(6) Plant photosynthesis: 6CO2+6H2O (chlorophyll, sunlight catalysis) - C6H12O6+6O2.
(7) Reaction equation between glucose and new copper hydroxide:
CH2OH(CHOH)4CHO+2Cu(OH)2-heated->CH2OH(CHOH)4COOH+Cu2O↓+2H2O.
(8) Glucose is decomposed into water and carbon dioxide under certain conditions.
(9) Hydrolysis of maltose: C12H22O11+H2O-catalyst→2CH2OH(CHOH)4CHO
(10) Starch and cellulose hydrolysis: (C6H10O5)n+nH2O-catalyst→nCH2OH(CHOH)4CHO

Grape glucose is widely used clinically for the moisture and heat required by patients with high fever, dehydration, coma or inability to eat. When a large amount of body fluid is lost in the body, such as vomiting and diarrhea, large blood loss, etc., 5% to 10% glucose and physiological saline may be intravenously infused to supplement water, salt and sugar, and used for hypoglycemia and drug poisoning. Intravenous infusion of 25% to 50% hypertonic solution, due to its high osmotic pressure, tissue dehydration and short diuretic, combined with mannitol for the treatment of cerebral edema, pulmonary edema and lower intraocular pressure. Intravenous infusion of hypertonic glucose for hypoglycemia. Combined with insulin, it can promote the transfer of potassium into cells, and it is also one of the treatment measures for hyperkalemia. 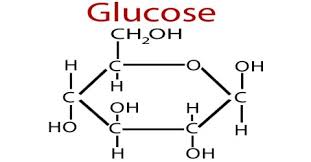 Use for: Vacuum Tube

Use for: Vacuum Tube